So it will be Chennai Super Kings (CSK) vs Kolkata Knight Riders (KKR) in the final of the Indian Premier League (IPL) 2021 in Dubai on Friday. Both CSK and KKR have been here before. In fact, Chennai will be playing in their ninth IPL final. They have won the championship thrice before, the last of their wins coming in 2018. It has been a while since KKR won the IPL. After capturing the crown in 2012, they lifted the title for the second time in 2014. Thus, they will be keen to make an impression in the final.

CSK, who finished second after the league stage, took the direct route to the final. They had lost to Delhi Capitals (DC) in both the league games. However, in Qualifier 1, they lifted their game against the same opponents and came up with a match-winning effort. Both with the bat and the ball they came up with impressive efforts. Their chase particularly stood up as they took the DC bowlers to task and put them on the back foot.

Having just sneaked into the playoffs, KKR had to take the longer route to reach the finals. Sunil Narine was too good for Royal Challengers Bangalore (RCB) in the Eliminator, first with the ball and then with the bat. It was a one-man show in every sense. KKR also dominated DC for 90 percent of the game in Qualifier 2. However, they crumbled in spectacular fashion to almost lose the contest. It was thanks to Rahul Tripathi’s last-over six that they managed to cross the line and reach the final. 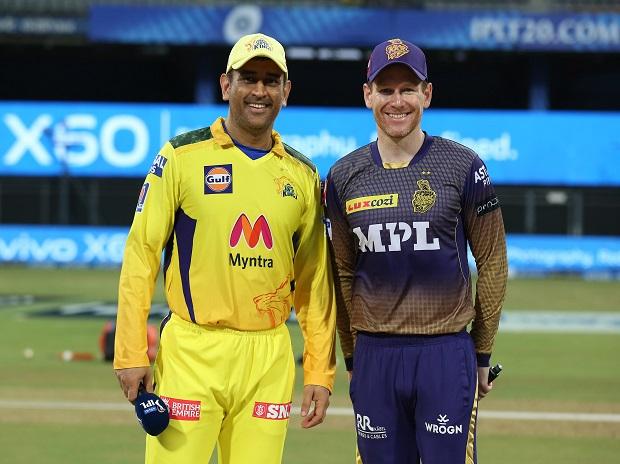 In an ideal scenario, CSK should not make any changes to their playing XI. Ruturaj Gaikwad and Faf du Plessis have been in fine form while Robin Uthappa lifted his game under pressure against DC. Dwayne Bravo, Shardul Thakur and Josh Hazlewood have all contributed with the ball. MS Dhoni’s cameo against DC was the icing on the cake. All-rounder Ravindra Jadeja to will be expected to deliver the goods

KKR have been in sublime form. Venkatesh Iyer has been sensational at the top of the order while Shubman Gill has also lifted his game in the UAE leg. Rahul Tripathi maintained his cool under pressure against DC and hit that brilliant six. However, Dinesh Karthik and Eoin Morgan’s form is a concern. KKR’s bowling though is top class.