Titans completed a clinical 59-run victory over Auckland in the Group A Match at Durban. Needing 173 runs to win, Auckland collapsed to 113 all out in 18.1 overs in what was a completely one-sided contest.

Titans completed a clinical 59-run victory over Auckland in the Group A Match at Durban. Needing 173 runs to win, Auckland collapsed to 113 all out in 18.1 overs in what was a completely one-sided contest.

Asked to bat first, Titans got off to a sound start of 74 for the first wicket in 8.3 overs with Henry Davids scoring 36 (from 23 balls with 5 fours and a six). His fellow opener Jacques Rudolph went onto score 63 (from 56 balls with 7 fours) though it was a slow knock lasting 17.3 overs. Titans got to big total of 172 for 4 thanks to late fireworks from Farhaan Behardien, who cracked 48* (from 23 balls 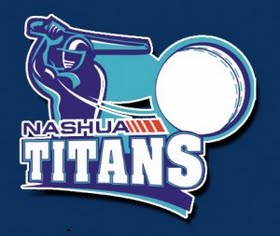 with a four and 3 sixes). Behardien got the Man of the Match for his cameo.

Auckland in their run chase lost Lou Vincent and Martin Guptill very early and with that were never in the hunt. Tall medium pacer Ethy Mbhalati did the damage for Titans taking 3 for 26 in 4 overs while Alfonso Thomsas finished with 3 for 18. None of the Auckland batsmen threatened to put up any fight at all. No.10 Andre Adams was the top scorer with a 17-ball 30 which helped Auckland get to three figures after slipping to a disastrous 68 for 9.

Toss and Teams: Auckland Aces have won the toss and asked Titans to bat first at Kingsmead in Durban. The New Zealand domestic side led by Gareth Hopkins has gone in with the same side that defeated Kolkata Knight Riders. Titans come into this match with a victory against Perth Scorchers and they have retained the same team for this game.