It took as many as 7 matches for the Deccan Chargers to finally taste victory in IPL 5. Tonight they defeated hosts Pune Warriors by a comprehensive margin of 18 runs. Pune Warriors chasing 178 blew cold to finish at a distant second with a total of 159 for 7 with none of its batsmen playing any significant innings.

Medium pacer Ashish Reddy who was playing his first game of the IPl was perhaps the best bowler for the Chargers taking the key wickets of Robin Uthappa (29 from 27 balls) and Marlon Samuels (3) besides conceding 32 runs off his 4 overs. 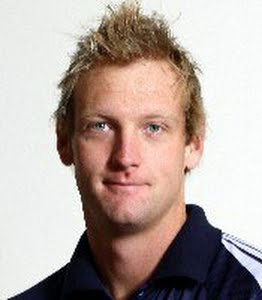 Early on, Deccan Chargers showed some urgency with the bat right from the word go to finish with a healthy total of 177 for 4. Cameron White finally came good for the Chargers to score 78 from 46 balls with 6 fours and 5 sixes. Parthiv Patel with 24 (from 18 balls with 3 fours and a six) and JP Duminy with 26* (from 24 balls with a six) played their part in helping DC to a good total.

Toss and Teams: Deccan Chargers who are searching for their maiden win of the IPL 5 have won the toss and elected to bat first against hosts Pune Warriors at the Subrata Roy Sahara Stadium in Pune. The big news is that Dale Steyn misses this match and his place has been taken by Rusty Theron.