It’s been a disciplined and cautious effort: N Jagadeesan after record-breaking day in Vijay Hazare Trophy 2022

November 21, 2022 is a day N Jagadeesan is unlikely to forget for the rest of his life. And why not? It was day when the Tamil Nadu keeper-batter and opener smashed a number of List A records in the Vijay Hazare Trophy 2022 match against Arunachal Pradesh.

Having registered scores of 128, 168, 107 and 114 not out in the last four matches in the domestic competition, he needed one more three-figure score to become the first batter to notch up five consecutive hundreds in List A cricket. Jagadeesan ended up hammering 277 off 141 balls and broke a few more records along the way.

Apart from becoming the first batter with five successive List A tons, he now also holds the record for the highest individual List A score. The previous best was 268 by Alistair Brown back in 2002. As for the list of consecutive hundreds, Jagadeesan went past Kumar Sangakkara, Alviro Petersen, and Devdutt Padikkal, who have four each. 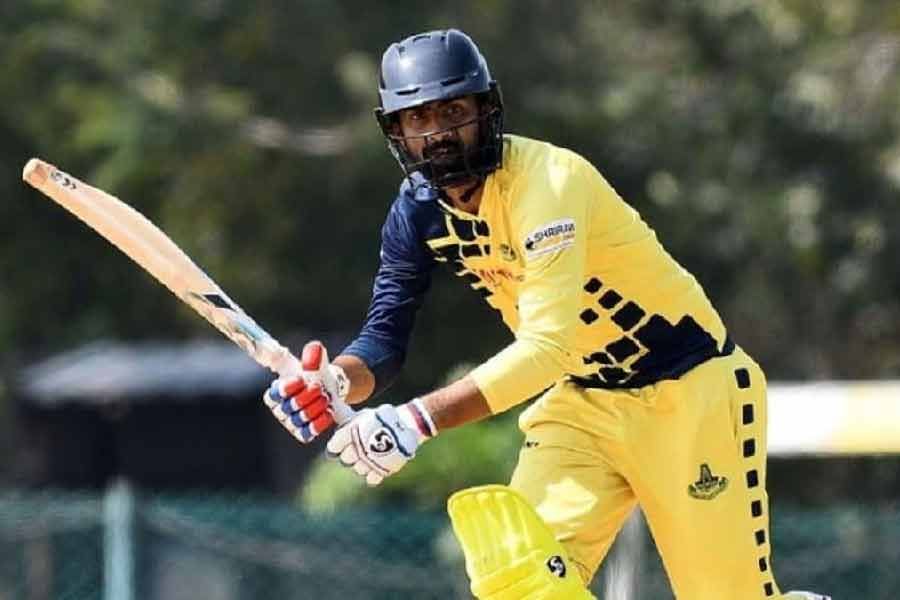 His 416-run stand with B Sai Sudharsan is the highest-ever partnership in the history of List A cricket. Tamil Nadu also became the first team to post a 500-plus total in a List A game. Speaking after the record-breaking day, Jagadeesan told cricketnext.com in an exclusive interview, “I am really happy with the effort.”

He credited his games for India Cements in the Chennai league, which helped him prepare for the domestic season and kept him in the right frame of mind. The 26-year-old explained, “I feel it was the Chennai league which kind of put me in the right zone. In the five matches I played, I had two hundreds and three fifties.

“A lot of work, continuous work, has happened behind the scene and I am extremely proud to see the results. My TN coach, coach Prasanna, my father, everyone has put in a lot of work with me. It’s been a disciplined and cautious effort which I have put in day in and day out with them, and now the results are coming my way,” he added.

Incidentally, Jagadeesan was released by the IPL franchise Chennai Super Kings (CSK) just a few days back as all teams announced their recent list ahead of the mini-auction.

The Tamil Nadu cricketer has scored 2059 runs in 42 List A matches at an average of 50.21 with eight hundreds and six fifties. He has an impressive strike rate of 94.71.