It was such a magnificent knock to watch from outside: Shubman Gill on Ajinkya Rahane’s splendid hundred at the MCG

At a virtual press conference following the end of the day’s play, Gill said, “This knock was all about patience, more importantly when you are playing such a high quality pace attack, sometimes you get into shell and not able to score runs, and the way Ajinkya bhai played, it was such a magnificent knock to watch from outside. How to see off those tough periods, he made it sure that he put the loose balls away.”

Gill, who made a fluent 45 before playing a poor shot to miss out on a debut fifty, added that the team would look to maximise the gains with the bat on Day 3. 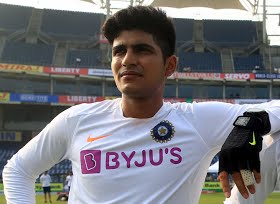 “On the first day, there was a bit turn for (Ravichandran Ashwin) Ash bhai and (Ravindra Jadeja) Jaddu bhai and even today we saw there was turn for Nathan (Lyon) and as the time goes on there will be more cracks and it will be more challenging for the batsmen. So it is important to capitalise on this lead that we have and get them all out as quickly as possible,” he added.

Rahane featured in an unbeaten 104-run stand with Ravindra Jadeja (40 not out) for the sixth wicket. On his own innings, Gill said, he looked to play his natural game.

“When I came into bat, there was something in the pitch, it was lively but the only thing I told myself was that no matter what was in pitch, I should be able to play my game.

“I should be able to give my team a start as an opener, that was the ideal situation and that was my hope. Overall I wanted to play with intent and build partnership which I did to some extent,” the 21-year-old further added.

He admitted though that he was disappointed with the manner of his dismissal. “I am not satisfied the way I got out, it was last ball of Cummins’ spell and it was a loose shot,” Gill conceded.

India will look to extend their lead further on Day 3 to put themselves in a position to push for a win and square the four-match series 1-1.