Zimbabwe narrowly survived defeat against South Africa in match number 18 of the ICC Men’s T20 World Cup 2022 at the Bellerive Oval in Hobart on Monday, October 24. In a rain-marred encounter, South Africa needed 13 runs to win from four overs. However, rain played spoilsport again and no further overs were possible. South Africa finished on 51 for no loss in 3 overs in a chase of 64 in seven overs. Both teams shared points as the match was called off.

Earlier, Zimbabwe decided to batted first after winning the toss. There was a lengthy weather interruption and at one point it seemed no play would be possible. Eventually, the umpires decided that a 9 overs per side game would be held.

Zimbabwe got off to a horror start with the bat, losing four wickets for only 19 runs. Left-arm seamer Wayne Parnell struck early, sending back opposition skipper Craig Ervine for 2. Lungi Ngidi then dismissed Regis Chakabva (8) and danger man Sikandar Raza (0) in the third over of the innings. A direct hit from David Miller at the striker’s end accounted for the wicket of Sean Williams (1). 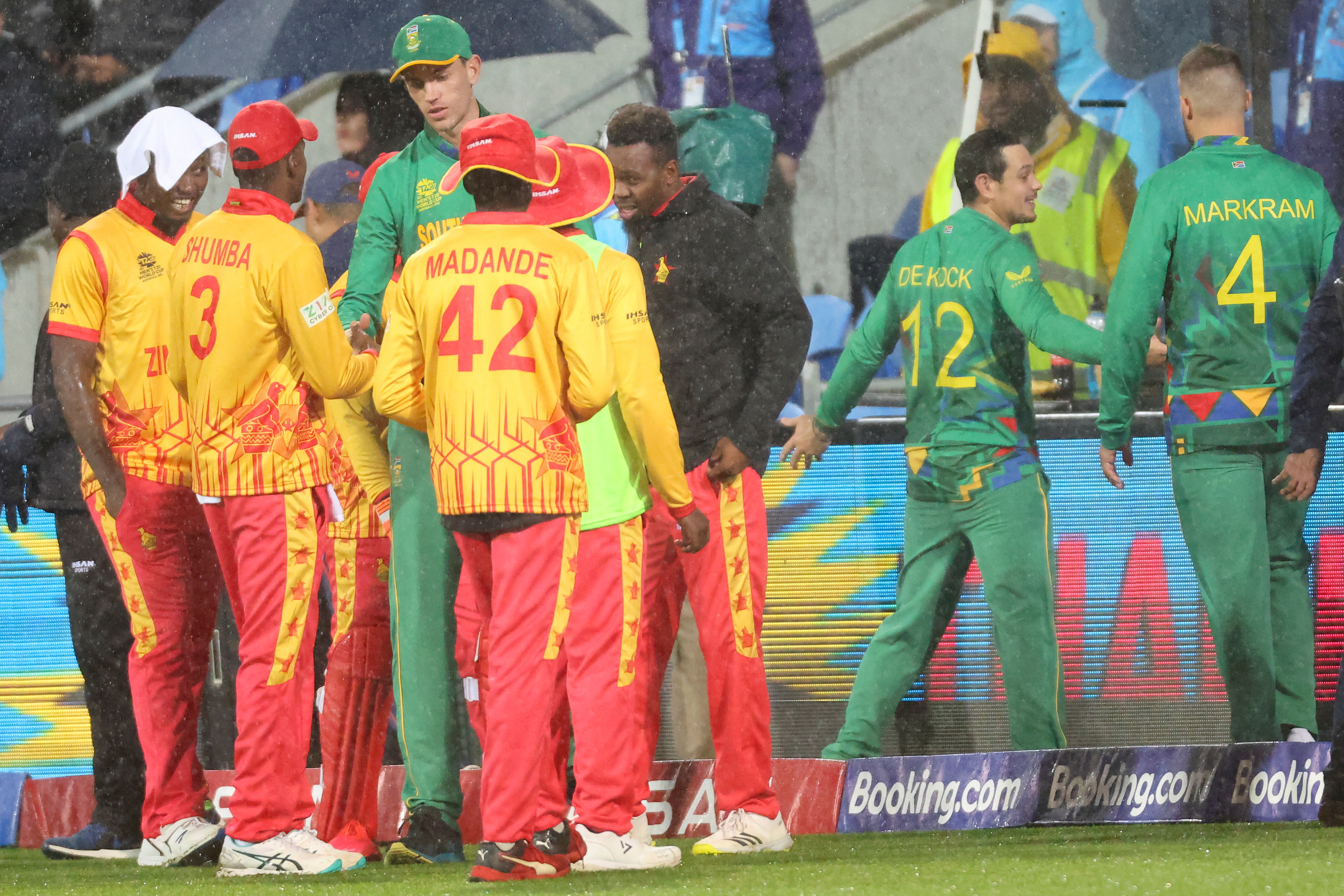 Wesley Madhevere (35* off 18) and Milton Shumba (18 off 20) added 60 runs for the fifth wicket to give Zimbabwe something to bowl at. Madhevere hit four fours and a six and even went after Kagiso Rabada in the penultimate over. Shumba hit two fours and was dismissed by Anrich Nortje off the last ball of the innings.

Quinton de Kock went absolutely berserk as South Africa set out to chase 80 in nine overs. He smacked Tendai Chatara for 23 runs in the first over of the innings. The first three balls went for fours, the fourth for a six and the fifth for another boundary. De Kock got a single off the last ball.

Another rain interruption reduced the target to 64 in seven overs. De Kock continued attacking and slapped Richard Ngarava for four fours. He ended on 47 not out off 18. But the knock didn’t come in a winning cause as rain hurt South Africa again.