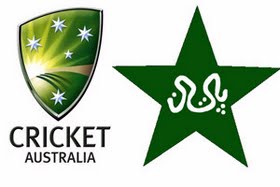 Players have already spoken of this year's Adelaide pitch being quicker than usual, and with teams expected to be greeted by a layer of grass on the surface on Friday, it might become more seamer-friendly still. The pitch was covered by hessian on the eve of the match, presumably to retain its moisture, and the surrounding pitches have also been watered, which suggests reverse-swing may not play a major role. The weather is expected to remain fine through the day, with a high of 28 degrees forecast.

Mitchell Starc is the World Cup's leading wicket-taker, with 16 scalps at an average of 8.50. Wahab Riaz is two wickets behind, but has an average of 22.42

There have been eight World Cup encounters between these teams, each having won half of those. Pakistan won the most recent of those encounters, in Colombo, in 2011.