The Gujarat Titans (GT) will take on the Sunrisers Hyderabad (SRH) in match number 40 of the Indian Premier League (IPL) 2022 at the Wankhede Stadium in Mumbai on Wednesday. This will be an evening game and will thus begin at 7:30 PM IST. GT and SRH are two of the form teams in the tournament, which is why they find themselves in the top three in the points table. While Gujarat are in the second spot with six wins and one loss from seven matches, Hyderabad are third. They have won five matches in a row after losing the first two.

Gujarat have won their last three matches. In their previous game, they came up with a good all-round effort to defend a total of 156 against the Kolkata Knight Riders (KKR). Skipper Hardik Pandya once again led from the front with an unbeaten 67. However, the form of the other batters remains a concern.

Shubman Gill hasn’t scored too many runs after those two cracking fifties. Wriddhiman Saha replacing Matthew Wade hasn’t made much of a difference at the top of the order. Thankfully for GT, apart from the last game, the middle-order has fired. There are no concerns over the bowling as they have one of the best bowling outfits. 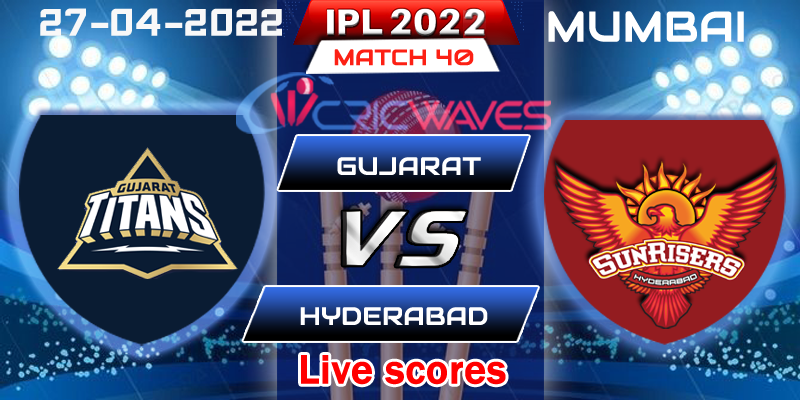 Hyderabad are on an unexpected five-match winning streak. They were all over the Royal Challengers Bangalore (RCB) in their last match. The bowlers rolled over RCB for 68 in 16.1 overs. Marco Jansen ran through the batting with three wickets in an over. T Natarajan also ended with fantastic figures of 3 for 10 while Jagadeesha Suchith also claimed a couple of scalps. Umran Malik has excelled and has been improving with every game.

The batting has some issues. Abhishek Sharma did well in the last match but Kane Williamson’s strike rate is a concern. Rahul Tripathi and Aiden Markram are in fine form while Nicholas Pooran has done a decent job.