IPL 8 31st T20 DD vs KXIP Preview, Live Scores: Delhi Daredevils and Kings XI Punjab have been two of the most disappointing teams in this year’s IPL.

Delhi Daredevils and Kings XI Punjab have been two of the most disappointing teams in this year’s IPL. That is perhaps one reason why the clash between the two struggling teams on Friday at the Ferozshah Kotla might be interesting. Delhi do not have a great record at home. They were thrashed miserably by 10 wickets by Royal Challengers Bangalore on Sunday as they managed only 95 runs on the board batting first. Kings XI Punjab did not fare a lot better against Sunrisers Hyderabad. They were restricted to 130 for 9 chasing 151. 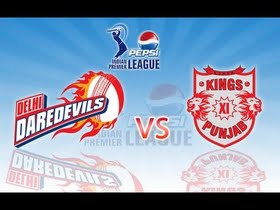 Delhi have struggled mainly because their star players haven’t performed to potential. It was clear in the lead up to the tournament that they would be heavily dependent on Yuvraj Singh. But, the out of favour Indian all-rounder has been a massive letdown, and the team has struggled to perform well with him failing. Even if Yuvraj shines now, it may be too late in the day since Delhi are already struggling for survival. Skipper JP Duminy has done well, but he hasn’t had a lot of support. Mayank Agarwal, Angelo Mathews and Manoj Tiwary also haven’t been among the runs.

The bowling of Delhi too won’t inspire a lot of confidence in them. They were only defending 96 against RCB the other day. Still, the manner in which they were trashed by Chris Gayle and Virat Kohli was rather embarrassing. Imran Tahir has been standout performer in the bowling department. He has troubled batsmen with his guile, but like with Duminy in the batting, he hasn’t had support. Nathan Coulter-Nile, Amit Mishra, Domnic Muthuswami and Mathews have been rather poor, not helping the team’s cause.

Like Delhi, Punjab also have a lot of worries to deal with. Their batting just hasn’t clicked often enough. Virender Sehwag is no longer the threat he used to be at the top of the order. Punjab haven’t had it easy since the other opener Murali Vijay has also failed to convert the many starts he has got. Skipper George Bailey has been somewhat consistent, but not to the extent that Punjab would have liked. Most disappointingly, Glenn Maxwell, David Miller and Shaun Marsh haven’t lived up to expectations.

Punjab’s bowling has been their stronger suit in the tournament thus far. Mitchell Johnson has found pace and wickets, and while he always hasn’t been impressive, he has got some very good support from the likes of Anureet Singh and Sandeep Sharma, the latter has proved to be particularly potent among the bowlers on show. What Punjab have been missing is some teeth in the spin department. Axar Patel has not been able to find his groove so far. Punjab wouldn't be heading into the game as favourites, but they would be aware that Delhi Daredevils are equally low on the confidence factor.