Zimbabwe have never beaten Pakistan in a T20 international thus far. They came close at Harare on Sunday courtesy a competent bowling effort, but faltered with the bat to concede defeat rather easily in the end.

Zimbabwe have never beaten Pakistan in a T20 international thus far. They came close at Harare on Sunday courtesy a competent bowling effort, but faltered with the bat to concede defeat rather easily in the end. They did compete in the match though, and the hosts will be keen to build on the positives from the same. Pakistan on the other hand would be pleased with the manner in which they fought back, especially after being in deep trouble with the bat at one stage. Their bowling was top quality. Having said that, they were always favourites to win and, as such, they must be disappointed with their batting effort.

Batting improvement should definitely be Pakistan's top priority as they look to clinch the series on Tuesday. They lost three wickets very early, and significantly, to very poor strokes. Ahmed Shehzad, Mukhtar Ahmed and Sohaib Maqsood must try and make amends for the same. Umar Akmal featured in a reasonable partnership with Shoaib Malik, but yet again, he gave his wicket away. Thankfully for Pakistan, Malik brought his experience into play, and came up with a crucial knock. Looking back at the match, Malik and Mohammad Rizwan were the only two men who stood up against the Zimbabwe attack. Imad Wasim played a good cameo if other batting performances are to be concerned.

Wasim's more significant contribution though came with the ball. It was his spell that completely turned the match in Pakistan's favour. Chasing 137, Zimbabwe would have fancied their chances of a historic win. But, it wasn't to be as Wasim completely bamboozled them. Zimbabwe will have to play him much better if they hope for a victory at Harare in the second match. Pakistan, on the other hand, would be looking for another good performance from Wasim. While his performance undoubtedly set the match in the visitors' favour, Pakistan were also aided by economical efforts from Sohail Tanvir, Wahab Riaz and debutant Imran Khan. 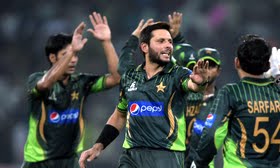 Zimbabwe would look back at the match as a case of missed opportunity. Chamu Chibhabha was brilliant at the top with his accuracy, and was suitably rewarded with three big wickets. It was the kind of T20 spell most bowlers would be proud of. The other bowlers were also decent. Tinashe Panyangara and Graeme Cremer kept things tight. They could have done better in the field though. The drop of Rizwan proved costly.

All said and done though, they should be satisfied with their bowling effort. It is their batting which let them down. The early losses of Chibhabha and Craig Ervine were major blows. Sikandar Raza and Sean Williams also fell after getting into double figures. Hamilton Masakadza gave it away after battling through the initial stages. And, although skipper Elton Chigumbura carried on, there was too much to be done. If Zimbabwe want to take out one positive out of the match, it is the fact that they know where they went wrong.