Anushka stood by me through tough times: Virat Kohli after 71st ton

Team India batter Virat Kohli credited his wife Anushka Sharma for standing by him through thick and thin after registering his 71st international hundred on Thursday, September 8 in the Asia Cup 2022 Super 4 match against Afghanistan. He also dedicated his century, his first since November 2019, to his wife and daughter Vamika.

Kohli opened the innings with stand-in captain KL Rahul after Rohit Sharma decided to take rest for the inconsequential Asia Cup match. Both India and Afghanistan have been knocked out of the tournament. Sent into bat after losing the toss, the Men in Blue put up a mammoth 211 for 2. Kohli top-scored with an unbeaten 122 off 61 balls. Rahul contributed 62 off 41 as the openers added 119 in 12.4 overs. Bhuvneshwar Kumar then claimed 5 for 4 as India held Afghanistan to 111 for 8, registering a mammoth 101-run triumph. 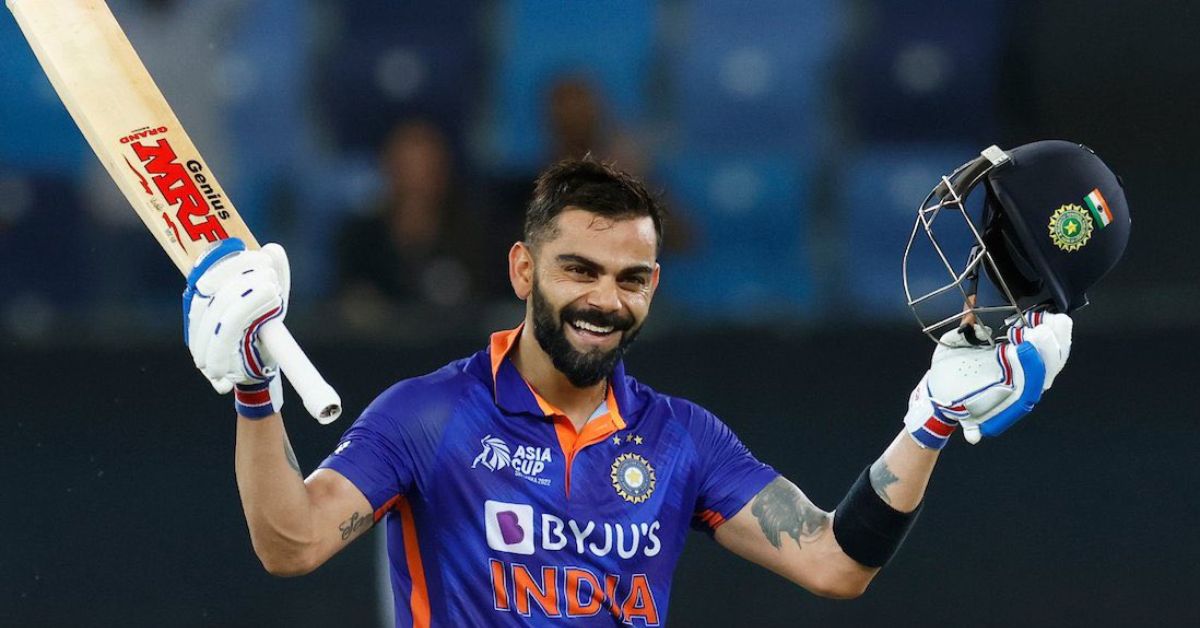 Speaking at the post-match presentation, after being named Player of the Match, Kohli made special mention of Anushka and said, “Firstly I am grateful for how the day went today. Time away from the game gave me a good chance to sit back and observe a lot of things about me. I mentioned one special person - Anushka - who stood by me through these tough times and I mentioned her as she has seen the absolute raw side of me throughout all these months. She was the one putting things in perspective for me, kept giving me the right kind of guidance, vision moving forward and I came back into the system as a relaxed person.”

Kohli said, having come back from a break, he wanted to enjoy the game and understand what God has blessed him with. He added that he was surprised as people termed his 60s as failures when he wasn’t able to convert them into 100s. The 33-year-old commented, “What surprised me was my 60s became failures; quite shocking for me, batting pretty well and contributing but doesn't seem to be enough. I can't really pinpoint anything to

anyone as I said God has blessed me with good things in the past and that's why I am in this position where these things can be spoken about.

“I have absolute no shame in admitting that God is blessing us all with everything in our destiny, we just have to work hard. So I went back to the drawing board, came back fresh and excited,” he added.

Kohli also praised the team management for backing him and ensuring he was always in the right space. The former captain elaborated, “When I came back there was not much information coming my way, they just said bat and it was matter of getting into the space of enjoyment.”

He also revealed that he did not make any technical adjustments and, instead, attempted to clear the clutter in his mind. Kohli concluded, “I have had many suggestions, lot of advice has come my way; people were telling me I was doing this wrong, that wrong, I picked out all the videos from the best time I had; same initial movement, same approach towards the ball and it was just what was happening inside my head I wasn't able to explain it to anyone. At the end of the day you know as an individual where you stand, people will have their opinions but they cannot feel what you are feeling.”