Delhi skipper Shreyas Iyer and Rajasthan new skipper Steve Smith both posted half-centuries to lead their respective sides to victory in Saturday's matches. While Delhi overcame Punjab by five wickets, Rajasthan got the better of Mumbai by the same margin.

Post the match, Iyer praised opening Shikhar Dhawan for his half-century that set the chase up for his team against Punjab. "We got a good start from Shikhar today, it made it easier for the batsmen to follow. He has been giving us brilliant starts. If you get 50 in the Powerplay it's really good and we got 60 today," Iyer said about Dhawan who made 56 off 41 balls.

The captain himself made an unbeaten 58 from 49 balls, and said he was really pleased with his effort. "Really satisfied on winning this one after losing three home games. The way we played, it was really good to see. Losing them was really disappointing at the start but we recovered well," he said. 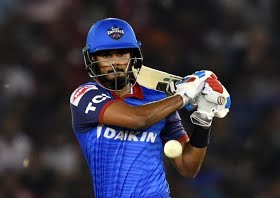 "Very satisfying to stay till the end. One of the top four has to stay until the end. I took the responsibility today and hopefully continue through the rest of the matches," Iyer added.

Meanwhile, Steve Smith who was named captain midway through Indian T20 Cricket 2019 said he's game is getting better with each day. He made a calm 59 from 48 balls to take Rajasthan to a win against Mumbai .

He admitted he was surprised by the decision to hand over captaincy to him. "It's obviously an honor and a privilege to captain the Rajasthan. Ajinkya's done a terrific job the last year-and-a-half, obviously got the boys to the playoffs last year.

"But the management called me in yesterday and said that they wanted me to captain the rest of the season. I was surprised by the decision, but I've started well here, fortunately," Smith explained the circumstances under which things transpired.