After Namibia got the better of Sri Lanka on Day 1 of the T20 World Cup 2022, Scotland caused another major upset, defeating West Indies by 42 runs at the Bellerive Oval in Hobart on Monday, October 17.

Opting to field first after winning the toss, West Indies bowlers did a good job to restrict Scotland to 160 for 5. Jason Holder (2 for 14) and Alzarri Joseph (2 for 28) came up with good bowling performances to hold Scotland to a gettable score after the batting side got off to an impressive start.

Amid the fall of wickets, opener George Munsey held the innings together for Scotland. He remained unbeaten on 66 off 53 balls, hitting nine fours. Michael Jones (20) and Calum MacLeod (23) also chipped in with handy knocks. 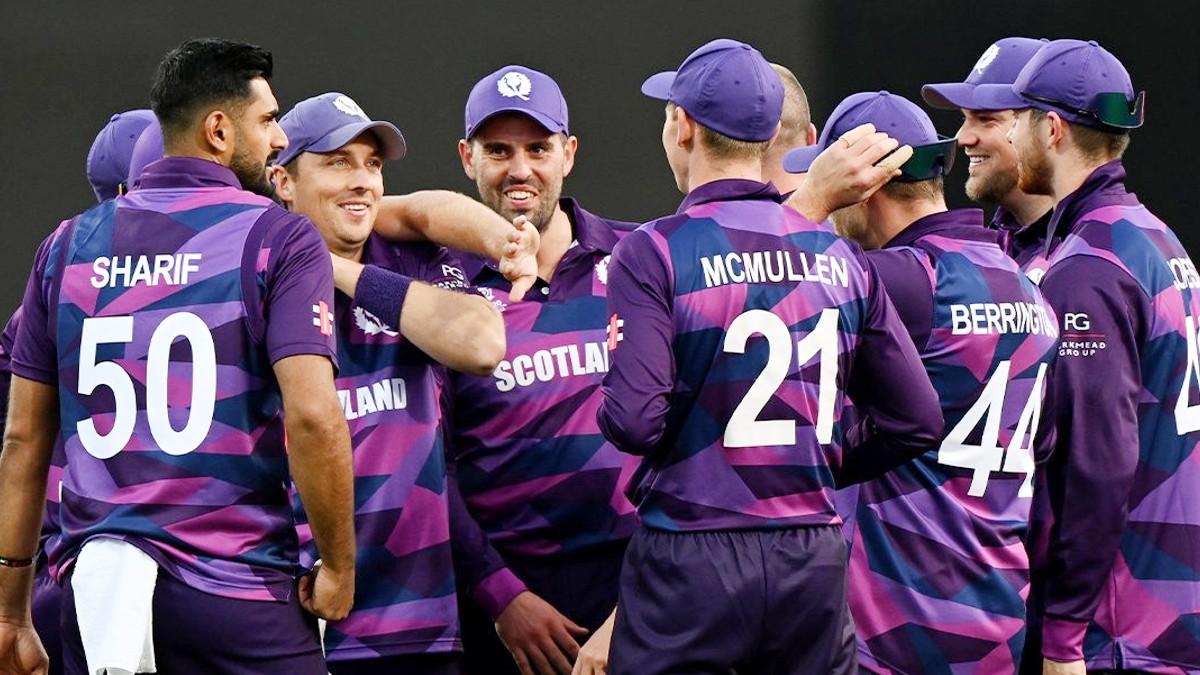 Kyle Mayers looked good during his 20 and began the innings with some fours. However, he fell to Josh Davey in the third over. Evin Lewis (14), Brandon King (17), Nicholas Pooran (4), Shamarh Brooks (4) and Rovman Powell (5) all failed to make any sort of contribution to the team’s cause. West Indies had slipped to 77 for 6 by the 12th over and the result of the match had become a mere formality.

Holder fought hard for the West Indies, with a 33-ball 38. He slammed four fours and a six to bring some respectability to the total. He was the last man out, caught in the deep off Safyaan Sharif’s bowling. Munsey was named Player of the Match for his fine half-century.

Speaking after the historic win, Scotland skipper Richie Berrington said, “It's a special win for us. Lot of hard work has been put in for this in the last one year. Extremely proud of the boys. We haven't had as much as T20 cricket as we would have liked. But we played a lot of 50 over cricket, so it was important we transferred that skill to T20 cricket.”

Reflecting on the defeat, Windies skipper Pooran admitted the loss is tough to take. He lamented, “Disappointing for sure. I guess now we got to do the hardwork now and win both the games. 160 was a par score. The middle-order batting was disappointing. We have been struggling in the middle order for some time and it continues. Definitely not acceptable.”