Defending Champions England were knocked out by hosts Sri Lanka following a 19-run defeat at Pallekele. Sri Lanka and West Indies with this have made it to the Semi Finals from this group.

Defending Champions England were knocked out by hosts Sri Lanka following a 19-run defeat at Pallekele. Sri Lanka and West Indies with this have made it to the Semi Finals from this group.

It was a tough task for England to chase 170 on a pitch that was turning square that too against the Sri Lankan attack. But much before the spinners were introduced, England were rocked back by a triple blow from Lasith Malinga which had them at 18 for 3 in 3 overs. 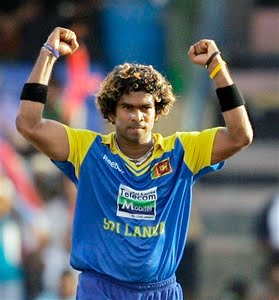 Sri Lanka sustained the pressure on England as the latter crumbled under pressure at 93 for 7 in 14.1 overs. Just when it was going to be all over pretty soon, came a fightback from Samit Patel (67 from 48 balls with 8 fours and 2 sixes) and Graeme Swann (34 from 20 balls with 4 fours and a six) which went onto reduce the margin of defeat immensely and might have scared the West Indian players who were hoping for an England defeat.

England finished with 150 for 9 with Lasith Malinga wrapping up things with 5 for 31 to get the Man of the Match. The rest of the bowlers did a good job except for Ajantha Mendis who was taken for 40 runs in four wicketless overs!

Sri Lanka Innings: Asked to bat first, Sri Lanka got off to a breezy start with Mahela Jayawardene playing some delightful shots, especially the pull shots with England overdoing the short stuff. Jayawardene laid the platform for his side with an innings of 42 (from 38 balls with 5 fours). However, the very ball after he had got out, Kumar Sangakkara edged the same bowler Graeme Swann to the keeper leaving SL at 74 for 3 in 10.2 overs.

Toss and Teams: England have won the toss and asked hosts Sri Lanka to bat first in their must win Super Eights game at Pallekele. A win for England will keep all the three teams including themselves, Sri Lanka and West Indies fighting for the two Semi Finals spots which will decided through the net run rates. If England loses then Sri Lanka and West Indies will qualify straightaway to the Semis.

Interestingly, Kumar Sangakkara walked in for the toss though Mahela Jayawardene, the Skipper is very much playing. The reason from Sangakkara was plain and simple that it was because Mahela had lost three tosses and wanted a change in luck.

The Lankans have made one change with Akila Dananjaya replacing Rangana Herath. England have made lots of changes with Ravi Bopara, Samit Patel and Jade Dernbach replacing Kieswetter, Danny Briggs and Tim Bresnan. Jonny Bairstow will be the Wicket Keeper.