New Zealand won’t exactly go into the T20I series with the best of preparations. They were hammered 3-0 by Australia in the Tests. Players fell sick left, right, and center.

New Zealand won’t exactly go into the T20I series with the best of preparations. They were hammered 3-0 by Australia in the Tests. Players fell sick left, right, and center. Amidst all this, Tim Southee, one of Kiwis’ most experienced players, was ‘rested’ for the third Test despite being fit.

The 31-year-old seamer though doesn’t want to look back at the disastrous recent past and is keen on moving ahead. He is looking forward to putting behind the disappointment of not being chosen for the Sydney Test. Southee was part of the two Tests against England at home and two away against the Aussies before being replaced by Matt Henry in Sydney.

“It’s about making that adjustment. What’s gone is gone and it was very disappointing, the guys would have learned from it, and now we’ve got to look forward to the Indian series,” Southee was quoted as saying in a report by stuff.co.nz. 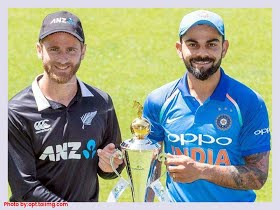 Admitting that he was not too happy at being left out for the Sydney game despite being fit, Southee added that he is now at peace with what had happened in the past. “It’s disappointing. You’re gutted every time you’re left out. It’s an absolute dream to play for NZ and every time you do miss out it hurts, but you’ve got to respect the decisions and try to help out and give back to the team, even when you’re not playing.”

Southee even captained New Zealand in nine of the team’s 12 T20Is last year when regular skipper Kane Williamson was unavailable. With Williamson set to return as the leader on Friday, Southee is happy to take a backseat.

“I enjoy thinking about the game and it makes you think outside of what you’re doing. I also try to help Kane out as well – it’s nice to have those senior guys and Ross (Taylor) was good having captained the side in the past.

“It’s a different challenge when you captain and it’s something I enjoyed, but Kane’s doing a great job, so I’ll just try to help him out,” Southee went on to add in the stuff.co.nz report.

New Zealand holds the upper hand over India in T20Is having won eight of the 11 contests between the two teams. They won the three-match series 2-1 the last time these two teams met in New Zealand early last year.

India though arrives a confident unit having overcome the Aussie challenge 2-1 in the three-match ODI series at home.