Jofra Archer's bio-secure breach could have cost us millions of pounds: Giles

England paceman Jofra Archer's breach of the bio-secure protocols in place for cricketers owing to COVID-19 could not only have been disastrous, but could also have cost the England and Wales Cricket Board tens of millions of pounds, ECB director of cricket Ashley Giles agreed. 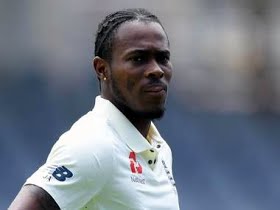 "This could have been a disaster. The ripple effect this could have had through the whole summer could have cost us tens of millions of pounds," Giles told British media.

"The potential knock-on effect I don't think he could have understood. He's a young man, young men make mistakes. He has to learn from them," he added.

While the England board did not reveal the nature of the breach, many media reports have claimed that he broke the bio-secure protocol and headed to his flat in Brighton to meet his girlfriend after the first Test loss at Southampton.

Issuing an apology, Archer said, "I am extremely sorry for what I have done. I have put, not only myself, but the whole team and management in danger. I fully accept the consequences of my actions, and I want to sincerely apologise to everyone in the bio-secure bubble.

“It deeply pains me to be missing the Test match, especially with the series poised. I feel like I have let both teams down, and again I am sorry,” he added

Archer will now be in five days of isolation and have two COVID-19 tests. England coach Chris Silverwood said the pacer will receive the required support. "He knows he has done that and we will support him the best we can," Silverwood said.

"He's got five days stuck in a hotel room, so we've got to make sure he's alright from a well-being point of view, that we look after him," he added.