SRH Vs KXIP: Sammy proved he can be a match-winner with the ball too

Innocuous is the word that can be best used to describe Darren Sammy’s bowling. He runs in gingerly, and lands the ball at a predetermined spot, at least it seems so to the viewer.

Innocuous is the word that can be best used to describe Darren Sammy’s bowling. He runs in gingerly, and lands the ball at a predetermined spot, at least it seems so to the viewer. For sure the batsmen lick themselves in delight at the prospect of seeing Sammy come in to bowl. He surely isn’t someone who will scare the hell out of the batsmen. But, just like his batting, on his day, he can be lethal with the ball as well, especially on occasions when the opposition underestimates him. Kings XI Punjab discovered the same on Saturday at Mohali.

There was nothing sensational about Sammy’s bowling. It was just the fact that Punjab felt they could release the pressure by going after the former West Indian skipper, whose bowling is anything but threatening. But, this is where Sammy proved very good at taking advantage of the situation. Shaun Marsh and Adam Gilchrist had set a good platform for Punjab’s chase after the early loss of Mandeep Singh. However, the dismissal off both from consecutive balls, undid all their hard work. The wickets came simply because both felt they could take on Sammy, but on the day, the bowler turned out to be smarter. 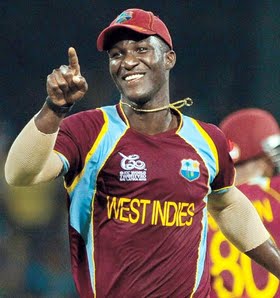 As it has been throughout the tournament, Punjab once again were relying heavily on their miracle man David Miller. But, Sammy was good enough to get the better of him as well, which pretty much sealed the fate for Punjab. Sammy’s spell on the day undoubtedly made the difference, but Dale Steyn’s contribution cannot be underestimated. Punjab weren’t chasing a daunting total, and a good start could have significantly improved their chances of overhauling the target. Steyn’s testing opening spell in which he took out Mandeep Singh ensured that did not happen.

Earlier in the evening, the Sunrisers recovered well very from a harrowing start to put up a challenging total. Opener Parthiv Patel, who has been guilty of throwing away his wickets after getting starts often, finally came good. The left-hander’s fluent half-century was crucial in the Sunrisers fighting back very well towards the end. Along with Patel, the lower-order also chipped in with crucial runs. Quick cameos played by Karan Sharma and Thisara Perera gave the Sunrisers the much-needed fillip towards the end of the innings, which gave their bowlers a competitive total to defend.

It wasn’t as if Punjab did not have their moments in the game. In fact, for the first ten overs of the match, they were all over the Sunrisers’ batsmen. Harmeet Singh’s early strike, sending back Shikhar Dhawan, was instrumental in putting the visitors on the back foot early. Following his dismissal, Sandeep Sharma came up with the spell whichseemedwould be the defining one of the match. His three big scalps put the Sunrisers’ innings in all sorts of trouble, but the other bowlers couldn’t finish off the job. With the bat as well, they never got going once Marsh and Gilchrist fell in quick succession.