CSK end campaign with a win over Yorkshire

Chennai Super Kings finished their CLT20 2012 campaign defeating Yorkshire by 4 wickets with a full over to spare at Durban.

Chennai Super Kings finished their CLT20 2012 campaign defeating Yorkshire by 4 wickets with a full over to spare at Durban. It was a clinical victory for the CSK who were led by Suresh Raina for a change.

Bowling first after winning the toss, CSK kept Yorkshire down to 140 for 6 with Doug Bollinger pulling off a super spell of 4-0-16-2 and Albie Morkel coming up with even better figures of 4-0-12-2. Yorkshire got to the total thanks to a fighting 58 (from 38 balls with a four and 5 sixes) from left-handed Gary Ballance. 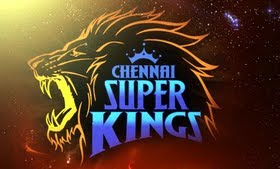 CSK in their run chase lost two early wickets before they were steadied by Skipper Suresh Raina (31 from 30 balls) and S Badrinath (47 from 38 balls with 4 fours). MS Dhoni almost finished the match with his 31 from 23 balls (with 2 fours and 2 sixes) before he got cleaned up by a yorker with just one run to get.

S Badrinath got the Man of the Match for his knock of 47. While the Chennai Super Kings end the tournament with two wins and two losses, Yorkshire led by Andrew Galle have lost three matches and one game got washed out.

Toss and Teams: Chennai Super Kings have won the toss and asked Yorkshire to bat first at Kingsmead in Durban in what is a dead rubber for both the teams who have no chance of making it to the Semis.

In a surprise move, CSK are being led by Suresh Raina though MS Dhoni, the original Skipper is part of the XI. The news is that MS Dhoni just wanted a break from putting on the thinking cap. No changes from CSK in the playing XI while Yorkshire have replaced Phil Jaques with South African David Miller.