2010 champions England will face 2012 champs West Indies as the former World T20 winners look to begin their 2016 campaign on a winning note. Unlike in Tests, where England have a clear edge over the Windies

2010 champions England will face 2012 champs West Indies as the former World T20 winners look to begin their 2016 campaign on a winning note. Unlike in Tests, where England have a clear edge over the Windies, the contest at the Wankhede Stadium in Mumbai will be a lot more balanced. West Indies have a strong unit with a combination of explosive hitters, quality all-rounders, and some decent bowlers as well. As for England, they will look to continue their consistent run that they displayed across formats in recent times. Unlike the 50-over edition last year, England have a much more settled unit going into the World T20.

In Alex Hales, England now have an extremely experienced T20 opener, who can change the course of a game with his sizzling strokeplay. Jason Roy might lack the consistency and firepower of Hales, but he too can be dangerous on his day. In fact, this England side has been blessed abundantly in the batting department. In Joe Root, they have a number three who can adjust his game according to the format. Skipper Eoin Morgan is as cheeky a player as one can get in T20s while Jos Buttler and Ben Stokes are powerhouses with the bat, who can destroy any opposition if it is their day. There is also Moeen Ali lower down the order.

England's bowling may not seem as imposing on paper, but they have certainly been doing a job. Liam Plunkett is now an experienced campaigner, and England will be looking up to him to lead the bowling attack. Also, Reece Topley and David Willey have slowly but surely made their presence felt with consistent effort while Stokes can also chip in rather significantly. Unlike earlier, England have better choices in the spin department, with Adil Rashid leading the way, backed up by Moeen. In Moeen and Stokes, they also have two all-rounders, who further strengthen the side.

Even as West Indies have struggled in Tests and ODIs, they have definitely rediscovered their flair when it comes to the T20s. One of the reasons behind the same has been the fact that a majority of their players have featured in T20 leagues across the globe, including the IPL in India. Even after all these years though, West Indies will continue to depend on Chris Gayle to give them a rollicking start. They have a few other explosive players in their midst, but Johnson Charles and Marlon Samuels desperately need to show some signs of form. Samuels in particular needs to reiterate his place in the team. 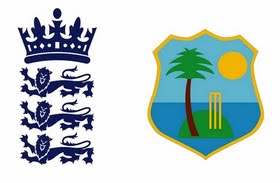 In the middle and lower order, the Windies have some genuine match winners with the bat, each of whom are individually capable of coming up with dazzling knocks. Skipper Darren Sammy goes into the match having helped Windies beat Australia in the warm up. In Dwayne Bravo and Andre Russell, they two great T20 assets, who are smacking batsmen, smart bowlers and brilliant fielders. Bowling is definitely the weaker link in the Windies set up. Still, Jerome Taylor can shine with the ball whIle Samuel Badree has proved his worth as a T20 spinner. A tight contest on the cards.