Sanjay Manjrekar reacts after being dropped from BCCI commentary panel

Former India cricketer-turned-commentator on Sunday reacted after being axed from the Board of Control for Cricket in India's (BCCI) commentary panel recently.

Former India cricketer-turned-commentator on Sunday reacted after being axed from the Board of Control for Cricket in India's (BCCI) commentary panel recently. Manjrekar was not part of the commentary team for the first ODI between India and South Africa at Dharamsala, which was washed out due to rain.

Confirming that he had indeed been removed from the BCCI commentary panel, Manjrekar tweeted, "I have always considered commentary as a great privilege, but never an entitlement. It is up to my employers whether they choose to have me or not & I will always respect that. Maybe BCCI has not been happy with my performance of late. I accept that as a professional."

Considering the latest development, Manjrekar is also not likely to be part of the IPL, which has been rescheduled from March 29 to April 15 due to the Coronavirus outbreak, as the domestic T20 tournament is also run by the BCCI.

Manjrekar had a rather controversial 2019 as a commentator. During the World Cup, he described Ravindra Jadeja as just a 'bits and pieces' cricketer. An unhappy Jadeja responded by hitting out at the former India cricketer in a tweet, "Still I have played twice the number of matches you have played and I'm still playing. Learn to respect ppl who have achieved.i have heard enough of your verbal diarrhea. @sanjaymanjrekar." 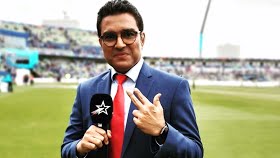 Later, Manjrekar also took on renowned commentator Harsha Bhogle during a debate over Day-night Tests. After the conclusion of India's maiden pink-ball Test against Bangladesh, Bhogle opined, "Visibility of that ball will be a big factor against the big white sight-screen."

Manjrekar, however, differed, "Don't think so. Because when you see the slip catchers, the way they have taken catches, I don't think visibility is an issue at all. The texture of the ball is the issue."

When Bhogle maintained players needed to be asked, Manjrekar got personal, "You need to ask; for those who have played cricket, it's evident it (the ball) can be seen well." The former India cricketer's response did not go well with many Indian fans, and Manjrekar was brutally criticized on social media.

Manjrekar later apologized to both Jadeja, who played a brilliant role in the World Cup semi-final against New Zealand, and Bhogle as well. During his cricketing career, Manjrekar played 37 Tests and 74 ODIs scoring 2,043 and 1,994 runs respectively.

His autobiography 'Imperfect' was widely appreciated for its deep insights into Indian cricket, and a no holds barred admission of Manjrekar's own failures as an international cricketer.