India pulled off an unbelievable 47-run win in the Second ODI at Dhaka in a low-scoring affair. After getting bundled out for a paltry 105, India fought back to return the favours to Bangladesh who were shot out for just 58!

India pulled off an unbelievable 47-run win in the Second ODI at Dhaka in a low-scoring affair. After getting bundled out for a paltry 105, India fought back to return the favours to Bangladesh who were shot out for just 58!

Stuart Binny produced magic figures of 6 for 4 in 4.4 overs while Mohit Sharma did all the hard work to bring India back in the contest with his 4 for 22 in 8 overs. This was the lowest ever total defended by India eclipsing the famous 125 total against arch-rivals Pakistan in the mid 1980s at Sharjah. 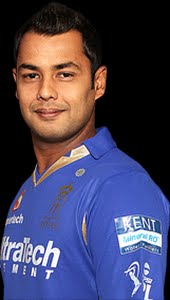 Binny also created a record by overhauling the long-lasting best ever ODI figures of 6 for 12 held by Anil Kumble against the West Indies in the Hero Cup 1992/93 at Calcutta.

Earlier, India were rocked by 19-year-old pace sensation Taskin Ahmed who captured 5 for 28 on his ODI Debut. The pitch was quite unplayable for an ODI with plenty of seam movement and the overhead conditions aiding conventional swing as well.

The match was reduced to 41 overs a side after a thunderstorm disrupted play early in the Indian innings.

Rain Update at 12:56 pm IST: Rain has finally arrived at the stadium much to the relief of the Indian batsmen who were having a tough time against the seaming new balls. India were fighting hard at 14 for 1 in 5.2 overs before rain stopped play.

Mashrafe Mortaza gave a great start for Bangladesh by trapping Ajinkya Rahane lbw for a duck in the second ball of the match. Robin Uthappa who was lucky not to be given lbw in the very first ball of the match survived a torrid period before the rain alongside Cheteshwar Pujara.

Toss and Teams: Hosts Bangladesh have won the toss and asked India to bat first in the 2nd ODI at the Shere Bangla National Stadium in Mirpur, Dhaka. The weather for this match looks bleak with rain in the vicinity of the stadium.

Bangladesh have given debuts to Mithun Ali and fast bowler Taskin Ahmed who replace Mominul Haque and Abdur Razzak. India have made one change with Stuart Binny replacing Parvez Rasool.