Want to understand what kind of bench strength we have: Rohit Sharma

Indian captain Rohit Sharma has stated that he wants to understand what kind of bench strength the team has after the hosts thumped Sri Lanka 3-0 in the three-match series at HPCA Stadium in Dharamshala on Sunday. Team India won the final match by six wickets. Bowling first, the Men in Blue restricted Sri Lanka to 146 for 5 despite Dasun Shanaka’s brilliant 74 not out. Shreyas Iyer, however, scored his third fifty of the series, remaining unbeaten on 73 off 45 balls as the hosts cruised home.

Speaking after the emphatic win, Rohit said at the post-match presentation, "It's a pattern of everything that comes together. We played very well. Lot of positives came out from the series. Want to understand what kind of bench strength we have. Good to give opportunities to those guys.”

"Important to tell guys not to worry about your positions in the team. Want to fill whatever gaps we have. Keeping that in mind we want to move forward. Going to be a big challenge but always nice to have guys in form (whom to pick). Once we reach Mohali we'll start thinking about the Tests," he added 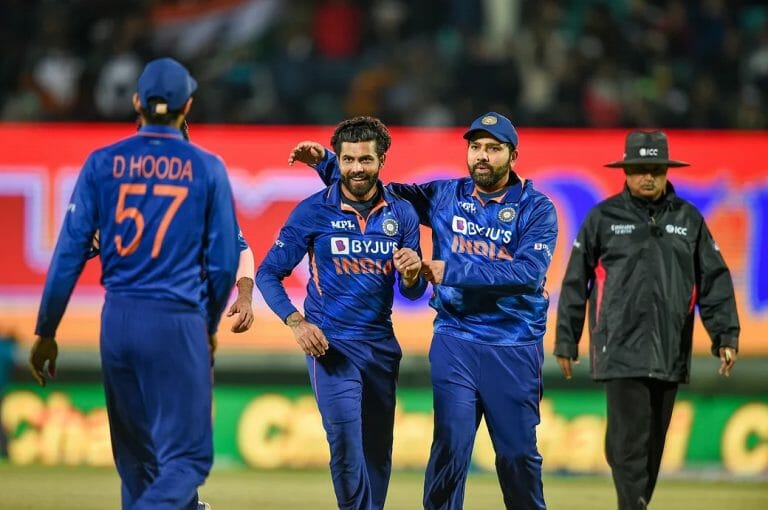 Sri Lanka surprisingly batted first after winning the toss. They slipped to 29 for 4 before Shanaka’s rescue act. Avesh Khan picked up two wickets for India while Mohammed Siraj, Harshal Patel, and Ravi Bishnoi claimed one apiece.

Speaking after winning the player of the match and player of the series, Shreyas said that all three knocks were special. He, however, elaborated, “But yesterday's (Saturday’s) - coming in at a crucial moment, I'd pick that. Only require one ball to get into form as long as you're keeping your eyes on the ball and playing it on its merit.”

The wicket was little two paced today compared to yesterday. Was playing on the merit. Outfield is so fast, just had to hit gaps. Been a rollercoster journey after my injury. Real test of you is during rehab sessions,” he added.

India's win on Sunday was their 12th consecutive triumph in T20Is, equalling the record set by Afghanistan