New Zealand will face Namibia in match number 36 of the T20 World Cup 2021 at the Sharjah Cricket Stadium on Thursday. The match will be played as part of the Group 2 encounters in the Super 12 round of the ICC event. The game will begin at 3:30 PM IST and 2:00 PM local time.

While Pakistan have already qualified for the semi-finals from the group, there is a tussle between New Zealand, Afghanistan and India for the second spot. The Kiwis are best placed having won two of their three matches. They next face Namibia followed by Afghanistan. If the Kiwis win both of their remaining matches, they will be through without any calculations coming into play.

For now though the Kiwis’ focus will be on winning the upcoming clash against Namibia. Although they beat Scotland, it was not a convincing win. Batting first, they lost three wickets for 52 with Daryl Mitchell, Kane Williamson and Devon Conway all falling cheaply. However, Martin Guptill scored a brilliant 93 and got good support from Glenn Phillips (33) as the Kiwis recovered to post 172 for 5. 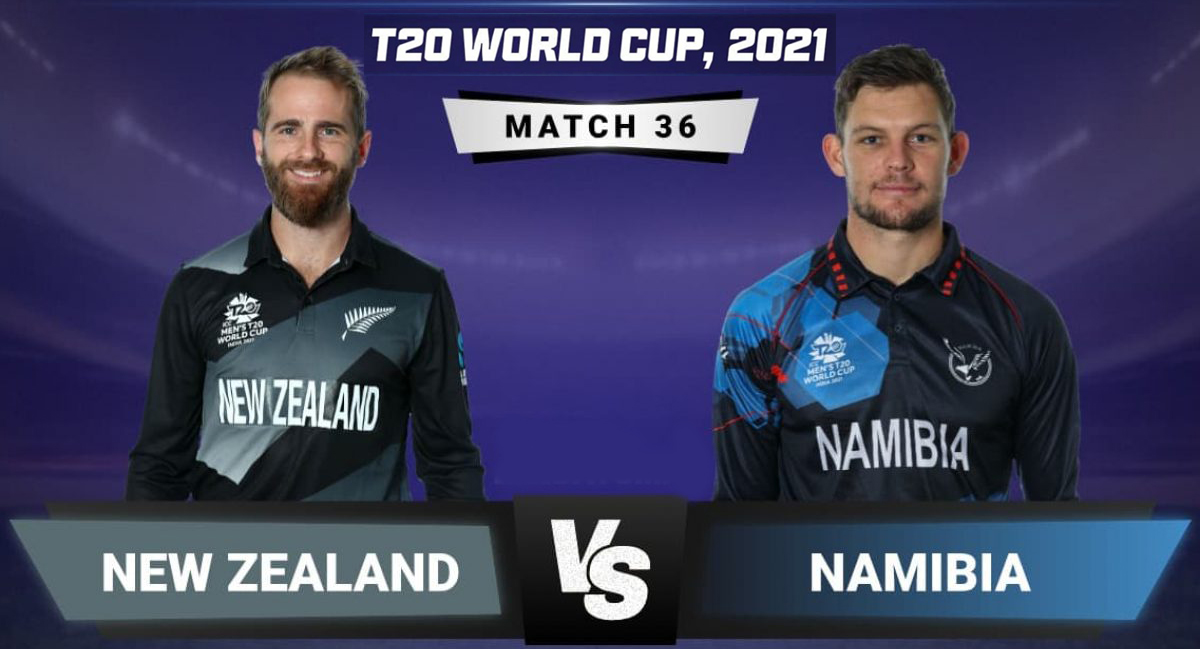 In the bowling, Trent Boult and Tim Southee were impressive while Mitchell Santner was economical. Leg-spinner Ish Sodhi also claimed a couple of scalps but he was clobbered for quite a few in the end. Adam Milne also proved expensive, going for 36 in his four - 20 of those coming in one over with five consecutive fours. Scotland’s Michael Leask hammered an unbeaten 42 off 20, which meant Scotland only lost by 16 runs in the end. So New Zealand definitely have a few areas to ponder upon

Namibia, on expected lines, found the going very tough against a quality Pakistan outfit. Mohammad Rizwan and Babar Azam were too good for them with the bat while all the bowlers combined to hold them in the chase. Except David Wiese and Craig Williams no one could stand up to the Pakistan challenge.