Sydney Sixers raced away to an 8-wicket win for their second consecutive win of the CLT20. Yorkshire after putting up only 96 on the board were thrashed by the Sydney batsmen...

Sydney Sixers raced away to an 8-wicket win for their second consecutive win of the CLT20. Yorkshire after putting up only 96 on the board were thrashed by the Sydney batsmen to all parts of the ground. It was such a one-sided contest that the Sydney Sixers got to the mediocre target with 67 balls to spare by the completion of the 9th over! 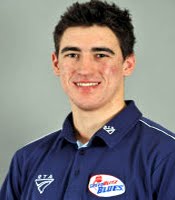 Yokrshire Innings: Yorkshire were absolutely clueless to the pace and bounce of the Sydney Sixers at Newlands as they ended up with a miserable total of 96 for 9. The tall lanky left-arm quick Mitchell Starc produced figures of 4-1-22-3 while his fellow fast bowler Pat Cummins chipped in with 4-0-13-2. Josh Hazlewood, another fast bowler came up with misery figures of 4-0-9-1 as Yorkshire were given no respite at all. For the record, no.3 Joe Root was the top scorer for Yorkshire with a 24-ball 25.

Toss and Teams: Yorkshire have won the toss and elected to bat first against Sydney Sixers at Newlands in Cape Town in the Group B Match of the CLT20 2012.