Former Indian cricketer Sanjay Manjrekar has claimed that all-rounder Hardik Pandya is a changed man now, who is showing a lot more maturity and responsibility. 28-year-old Pandya was dropped from the Indian team over form and fitness issues after the T20 World Cup last year. The fact that he wasn’t bowling made matters worse for him.

Things took a turn for good for the Baroda cricketer after he was named captain of the new IPL franchise, the Gujarat Titans. Pandya scored loads of runs, picked up crucial wickets and earned a recall to the Indian team. He has been on top of his game ever since returning to the national side in white ball cricket. In the deciding one-dayer against England in Manchester, he came up with a memorable all-round show, claiming 4 for 24 and then scoring 71 off 55 balls. 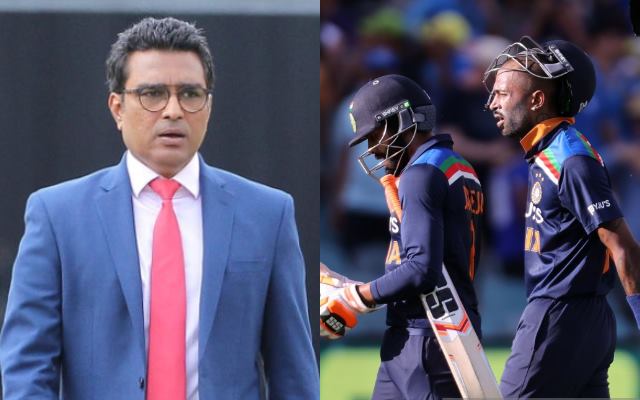 Speaking on Sports 18's daily sports show, “sports over the top”, Manjrekar said in praise of the Indian all-rounder, “Absolutely, Hardik Pandya is a completely changed guy. It was a wildcard that the franchise played. First of all, picking him as one of their first players, before that his fitness was a problem, his batting was an issue for the earlier franchise. Not only did they pick him, and back him as one of their marquee players they gave him the captaincy.”

Manjrekar added that IPL’s success changed Pandya’s fortunes completely. He commented, “Just the way the league turned out for him. Hardik Pandya is a changed man now, there’s a lot of maturity, responsibility and ambition as well. I see a sense of ambition coming into him. And once you have that, wanting to grow within Indian cricket then there’s tremendous motivation. He’s also addressing himself in third person now. Hardik Pandya has arrived.”

Pandya was adjudged the Man of the Series for his performance during the one-day series in England. He picked up six wickets and scored exactly 100 runs at a strike rate of over a 100. Pandya has played 66 ODIs for India and has scored 1386 runs at an average of 33.80. With the ball, he has picked up 63 scalps at an average of 38.69