While Australia take on Pakistan in the Boxing Day Test at Melbourne, South Africa, on the other hand, will face Sri Lanka at Port Elizabeth

While Australia take on Pakistan in the Boxing Day Test at Melbourne, South Africa, on the other hand, will face Sri Lanka at Port Elizabeth. Apart from the fact that they would be playing at home, Proteas’ recent Test series victory in Australia will also give them confidence, and make them definite favourites. Sri Lanka too are coming off a victorious run. They embarrassed the Aussies 3-0 at home, but their recent outing was actually against the lowly-ranked Zimbabweans, when a number of senior players were rested. So, the Lankans actually have a disadvantage having faced a weak opposition recently.

Post the wonderful showing in Australia, barring the final Test, South Africa will be keen to continue their impressive run. AB de Villiers, who continues to remain out of contention owing to his injury issues, has stepped down as Test captain, keeping the interest of the team in mind. This means, Faf du Plessis will continue to lead the team, now on a full-time basis. He will be under pressure though as he recently lost the appeal against the ball-tampering verdict. It remains to be seen how it affects in game, as there will be additional focus on him. 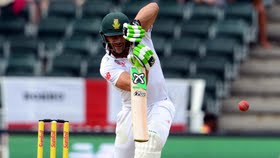 Also under pressure would be Hashim Amla. The former South African skipper has not been among the runs consistently in 2016, and will thus be looking to end the year on a high. He is clearly past his prime, but it remains to be seen what he has to offer for the near future. Stephen Cook resurrected his career in the final Test in Australia with a hundred while Dea Elgar and JP Duminy were also in top form during the same series. In fact, South Africa’s strong batting won them the contest as Quinton de Kock and Temba Bavuma also got runs.

South Africa won the series in Australia despite losing Dale Steyn very early in the contest. That was one of the biggest takeaways for the Proteas from the Australia tour. In his on-field absence, Kagiso Rabada commendably took on the role of lead pacer on his young shoulder, superseding Morne Morkel. Steyn’s absence gave an opportunity to Kyle Abbott to feature in the playing eleven, and he responded with a match-winning effort. In Vernon Philander, they have an excellent bowling all-rounder, with Wayne Parnell as additional choice. Keshav Maharaj also did decently in Australia to retain his place.

Sri Lanka would be buoyed by the return of skipper Angelo Mathews, after Rangana Herath led in Zimbabwe. Mathews has been Lanka’s most consistent performer in recent years, and will look to continue his good run, while also wanting to stay fit. In Dinesh Chandimal, Kusal Mendis, Kusal Perera and Dimuth Karunaratne they have in-form batsmen, but ones who would be challenged by South Africa’s bowling repertoire. Upul Tharanga has be retained after a good show in Zimbabwe, but bigger Tests await him, a decade after his international debut. The pace bowlers in Nuwan Pradeep, Dushmantha Chameera and Suranga Lakmal will have to rise to the task at hand. Herath, of course, would be the key in the spin department again.