Know what a player goes through in such a phase: Babar Azam on Virat Kohli

Pakistan captain Babar Azam has opened up on his viral tweet in which he supported Indian batter Virat Kohli, who is going through a very rough patch with the bat. Taking to his official social media handle on Thursday (July 14), Azam shared a picture of himself and Kohli on Twitter and wrote, "this too shall pass". The Pakistan captain’s tweet, which came after Kohli was dismissed for 16 in the second ODI against England at Lord’s, garnered the 27-year-old a lot of prais

At a press conference ahead of Pakistan’s first Test against Sri Lanka in Galle, Azam was asked about his gesture for Kohli. The Pakistan skipper responded with empathy and said, "As a player myself, I know you can go through such a phase (out of form) and I also know what a player goes through in such a phase. In those times, you need support. I just tweeted thinking that it will give just some support. He is one of the best players.”

"He is playing a lot of cricket and he knows how to come out of these situations. It takes time, if you back players, it will be really good," Azam added. 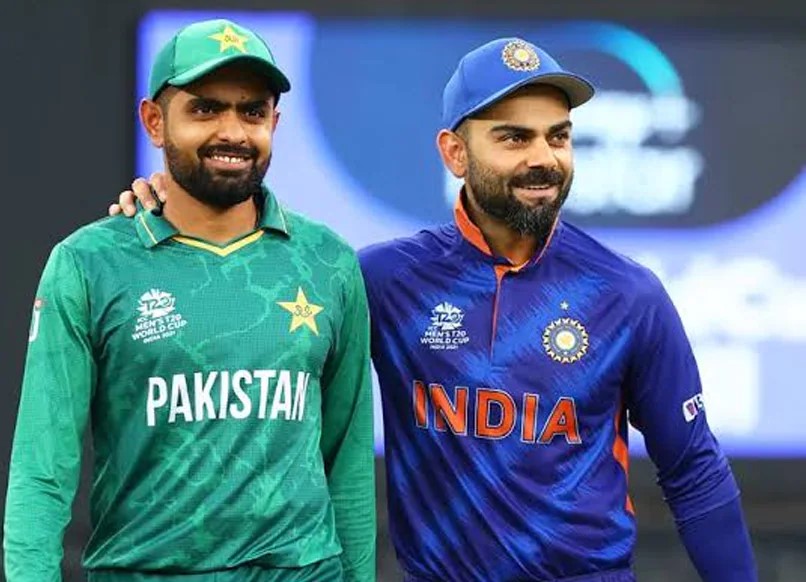 Kohli was looking good for a big score in the second ODI against England, having struck a few impressive fours. However, he fell for 16, chasing a wide ball outside off stump and nicking the ball to the keeper.

The 33-year-old hasn’t scored an international hundred since November 2019. After the England series, he won’t be part of the West Indies tour as the selectors have rested him for the three ODIs as well as five T20Is.

Meanwhile, Indian captain Rohit Sharma again backed Kohli after another low score for the batter. Speaking after India’s 100-run loss at Lord’s, he commented about the former captain, "He has played so many matches. He is playing from so many years. He is such a great batsman, so he does not need reassurance. I pointed this in my last press conference, too: form goes up and down, that is part and parcel of any cricketer's career.

“So, a player like him, who has played for so many years, who has made so many runs, who has won so many matches, for him, he only needs one or two good innings (to bounce back). That is my thinking and I am sure all those who follow cricket will think similarly," Rohit added.