Namibia will take on Ireland in match number 11 of the T20 World Cup 2021 at Sharjah Cricket Stadium on Friday. The match will be played as part of Group A encounters in Round 1. The game will be played at 3:30 PM IST and 2:00 PM local time

Considering how the matches have progressed in Group A, the clash on Friday between Namibia and Ireland will be a virtual knockout. Sri Lanka have qualified for the Super 12s, having won both their first two matches while Netherlands have been knocked out, having tasted defeat in their two matches so far. Ireland and Namibia have one win each, which simply means that the winner of the contest on Friday will end on four points and qualify as the second team from Group A.

Namibia pulled off the biggest upset of the T20 World Cup 2021 so far, defeating Netherlands in their previous match. Bowling first, they conceded 164 for 4 as Max ODowd smashed 70 off 56. All the Namibia bowlers did reasonably well to keep their team in the hunt. 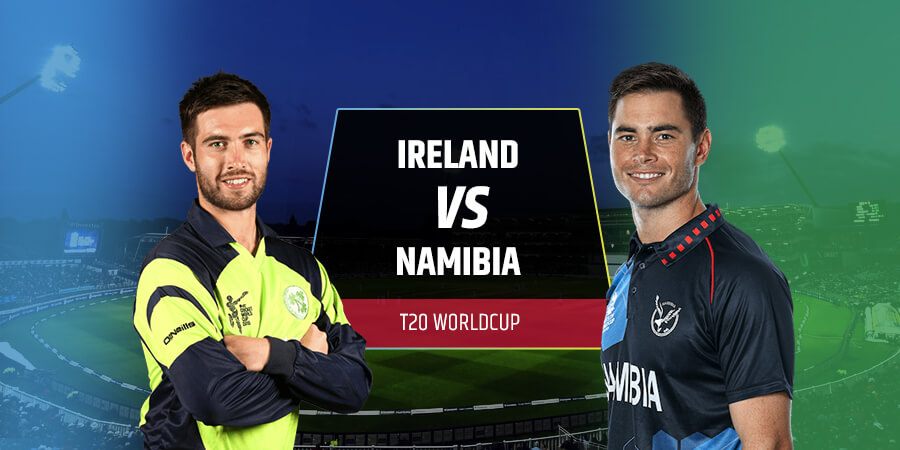 David Wiese (66 not out off 40) then played a splendid innings as Namibia chased down the target with six wickets in hand. Wiese smacked four fours and five sixes and found good support from Gerhard Erasmus (32 off 22) as Namibia recovered from 52 for 3 to post a famous win.

Ireland will go in with their confidence slightly dented after the hammering they took at the hands of Sri Lanka. The Irish had Lanka on the ropes at 8 for 3 but allowed them to recover as Wanindu Hasaranga and Pathum Nissanka both smashed half-centuries. Still, there were a couple of impressive efforts from Ireland’s bowlers. Joshua Little (4/23) and Mark Adair (2/35) kept Sri Lanka under check even as the others allowed them to break free.

Ireland’s batting though will be a huge cause of concern. Paul Stirling and Kevin O Brien haven’t looked fluent yet. Skipper Andrew Balbirnie got some runs against Sri Lanka but the middle and lower-order has looked out of sorts.