The Gujarat Titans (GT) will take on the Royal Challengers Bangalore (RCB) in match number 43 of the Indian Premier League (IPL) 2022 at the Brabourne Stadium in Mumbai on Saturday. This will be the day game of the double-header and hence will start at 3:30 PM IST. Gujarat are sitting pretty on top of the points table with seven wins in eight matches. Bangalore are exactly in the middle of the points table with five and four losses.

GT are on a four-match winning spree. In their last match, they looked in trouble in a chase of 196. However, Rahul Tewatia and Rashid Khan played stunning cameos to lift the side over the line. This was not the first time they had done it during the competition. Wriddhiman Saha also found some form, which would please the franchise. They would now be keen for opener Shubman Gill to rediscover his form.

Gujarat’s bowling suffered a bit at the hands of Abhishek Sharma and Aiden Markram. Shashank Singh also played a brilliant cameo to sting them at the death. But GT would still be confident of their bowling. Mohammed Shami was top-class once again, Yash Dayal was economical. Rashid and Lockie Ferguson had rare off-days. 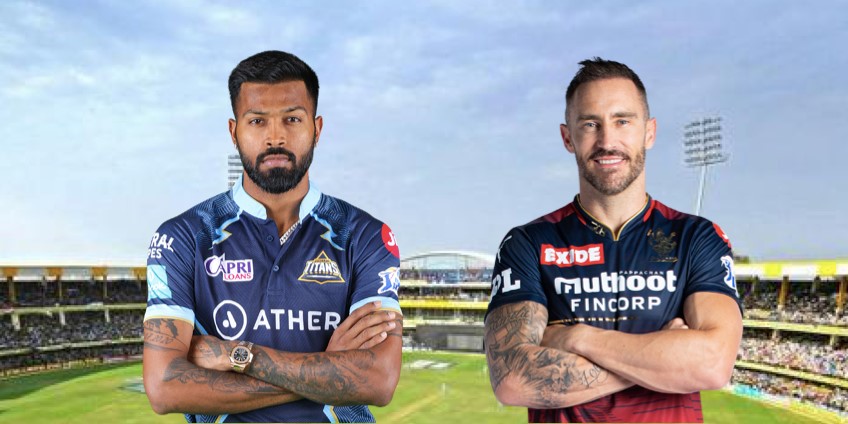 Bangalore have some thinking to do following their disappointing batting performances in the last two matches. They followed 68 all out with 115. Virat Kohli’s form is a huge talking point while Faf du Plessis and Glenn Maxwell have been inconsistent.

The bowling is doing really well with Wanindu Hasaranga, Harshal Patel, Josh Hazlewood and Mohammed Siraj all coming up with impressive performances. But, without support from the batters, there is only so much that they can do.