Gujarat Titans became the first team to qualify for Playoffs

Both Gujarat Titans and Lucknow Super Giants were playing for a win to add 2 important points to the table, as whosoever will win the match will qualify for the playoffs of the TATA IPL 2022. While batting first GT didn’t have a great start as their opener Wriddhiman Saha departed very early in the innings. Gujarat Titans lost 2 wickets in the power play and were on 35 for 2 after the end of the power play, but Shubman Gill unbeaten 63 from 49 balls helped them in setting a total of 145 runs.

Shubman Gill unbeaten knock of 63 runs includes 7 fours with a strike rate of 128.57. 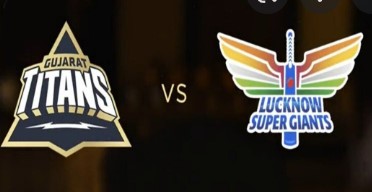 While chasing both the LSG openers started very slowly and cautiously, but they were not able to settle down on the pitch, LSG lost 3 wickets inside the power play and scored just 33 runs during the power play, apart from Deepak Hooda not even a single LSG batsman scored more than 20 runs. Rashid Khan Spell was a game changer for GT as he took 4 wickets in his spell of 3.5 over’s and gave just 24 runs. Rashid took 3 important wickets of Deepak Hooda, Krunal Pandya, and Jason Holder including the wicket of LSG pacer Avesh Khan.

It was Shubman Gill knock that gave the fans a slightest hope that they might win the match but Rashid Khan bowling spell turned that hope into reality, and Gujarat Titans became the first team to qualify for the TATA IPL 2022 playoffs.