Experienced Test opener Simon Katich has not been awarded one of Australia's 25 central contracts for the next season, Cricket Australia said on Tuesday.

Experienced Test opener Simon Katich has not been awarded one of Australia's 25 central contracts for the next season, Cricket Australia said on Tuesday.

The 35-year-old lefthander, who has played 56 Test matches since his debut in 2001, made what now looks like being his final appearance for his country in the Ashes Test against England in December. 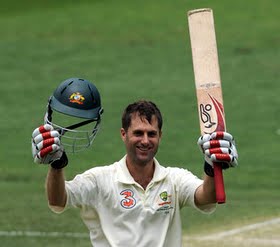 Promising uncapped 18-year-old pace bowler Patrick Cummins was included despite missing out on the upcoming Australia A tour of Zimbabwe because of a back problem.

Australia tour Sri Lanka and South Africa this year before hosting New Zealand and India in the southern hemisphere summer.